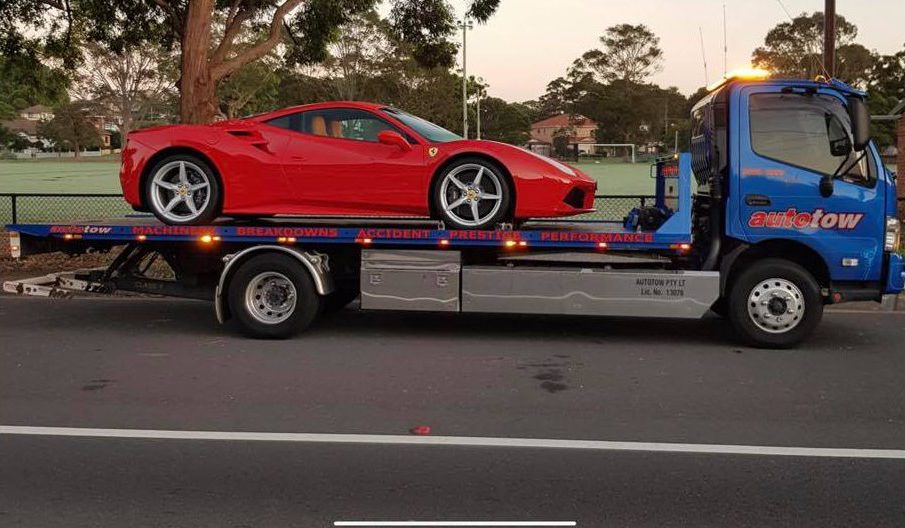 We Are A Professional, Licensed, Canterbury Bankstown Towing Company

Welcome to Autotow Pty Ltd, the fastest growing Canterbury Bankstown towing service in Sydney. Why, because we treat all our customers with compassion and understanding. In addition to this is our reputation for a swift and transparent response.
When you are stuck on the side of the road and don’t know what to do, Call us! We are here for you.
Our call center team will advise and talk you through the situation over the phone. All while dispatching the nearest available tow truck pronto.

Autotow Pty Ltd indeed has a late-model, reliable fleet of tow trucks. And with a well thought out variety of tow trucks within that fleet, Canterbury Bankstown towing is sure to be able to undertake any towing job you require.

No matter how big or small, above ground, or even underground, Autotow towing has a tow truck standing by and ready to go to aid you. Call Us Now!

Indeed our Canterbury Bankstown towing service drivers are long term industry professionals who have seen it all. You can count on our staff to provide you with a friendly, affordable Canterbury Bankstown towing service that is second to none. Of course, our tow truck fleet is insured, and this includes the load we carry—likewise, Our state of the art holding and storage facility. So, you can rest assured that when your vehicle and belongings are in our possession, they receive the utmost care. So call Autotow towing today for a free no-obligation quote.

Recommended by Sydney’s largest insurance companies, we have a fast, efficient response, to get you out of trouble when you need us. All drivers have current up to date police checks, and we are fully licenced to attend accident scenes by the NSW government. So to get the right advice call the team you can trust at Autotow Pty Ltd.

Scrap cars, broken down vehicles or bogged, Whether you are on the road or off-road, at rooftop parking or underground, if your car needs towing, we’ve got a tow truck to do the job fast and efficiently. With over 30 years of experience in the tow truck industry. You can count on Autotow Pty Ltd car towing to get the job done right.

With reliable, late model prime movers and a well-maintained variety of trailers, Autotow Pty Ltd can undertake any Machinery Transport job. Whether it be local or Australia wide, we have got you covered. Reach out to us today for a free no obligation quote.

By far, the most compassionate side of being a good tow truck company is the accident towing. Autotow towing are highly experienced professionals in incident scene management.

We will attend the accident scene and calmly offer you the right advice. We tow for all major insurance companies. They trust us, so you too can. Autotow is fully licensed and insured to attend accident scenes. Therefore in your hour of need, you can trust Autotow towing. Call us today!

Autotow Pty Ltd provides an efficient flat bed, tilt tray car towing service In Canterbury Bankstown. Indeed we cover all Canterbury Bankstown suburbs and beyond. Has your vehicle broken down? There is never a good time or place to have a broken-down car. It usually is in the most inconvenient place and sometimes extremely dangerous. Contact the fast and reliable professional team at Autotow car Towing Service for an immediate response, and we will get you and your vehicle out of danger quick-smart!

Our local call Centre operates 24 hours – 7 days per week. So, give us a call today for a free no obligation quote.

With a combined industry experience of over 140 years. In the Canterbury Bankstown machinery transport and towing industry. You can rest assured we have the expertise to undertake any of your local Sydney and Nationwide machinery transport needs. Our staff are fully trained in all OH&S site requirements. Including all necessary tickets for the equipment we operate.

Customer service and satisfaction is our number one priority. Indeed Autotow has an excellent reputation for being fast, efficient and reliable. Therefore, we are known as one of the best Canterbury Bankstown towing companies. Autotow provides affordable towing services in the St George region, Sutherland Shire, Canterbury Bankstown municipalities and beyond. You can trust Autotow to get your towing job done right!

European settlement started to form in the late 1700s. The first land grants were distributed to marines, free settlers and convicts. The land was used mainly for timber-getting, farming, market gardening and grazing. Development increased after the Great South Road was built and completed in 1814. Today that very road is known as the Hume Highway. After 1831 settlement began to spread along the Cooks River, with roads and crossings made in several locations. In 1841 the Australian Sugar Company built a sugar mill near the Cooks River to produce molasses and spirits.

The City of Canterbury Bankstown is indeed served by the Hume Highway, the South Western Motorway, Bankstown Airport, and the Bankstown and East Hills railway lines.
Canterbury Bankstown has a Population of 377,917 as of 2019.
It consists of a Land area 11,029 hectares and has a population density of 34.26 persons per hectare.

Autotow PTY LTD are the preferred Canterbury Bankstown towing contractors for most of Sydney's major Insurance companies. Call Us Today!